From Design to Delivery different Services by Dedicated Professionals

We are committed to deliver the highest Quality of Products & Services

From Design to Delivery different Services by Dedicated Professionals

Our Objective is to Satisfy our Customers Present & Future Need

Eureka Engineers, based at Aurangabad & Pune Maharastra State in India, established in the year 1999, are one of the Pioneer Manufacturer & Exporters of INDUCED DRAFT COUNTER FLOW FAN TYPE COOLING TOWERS (Both Rectangular & Round Bottle Shape), INDUCED DRAFT FANLESS FILLESS COOLING TOWERS & TREATED TIMBER CROSS FLOW & COUNTER FLOW COOLING TOWERS & AIR WASHER SYSTEMS of various capacities.We, Eureka Engineers, a Pioneer Manufacturer in the field of the FRP Cooling Towers, the company till date has installed and commissioned over 5,000 towers in the country and abroad for various cooling applications in the Automobile Industry, Process Industries, Pharma Industry, Distillery/Sugar Industry,Plastic Industry and HVAC. 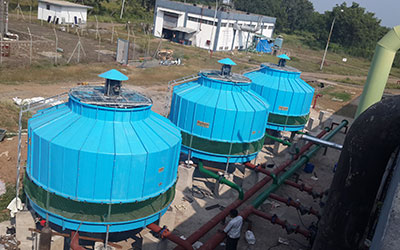 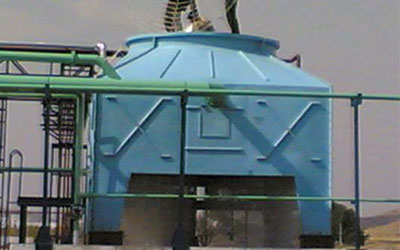 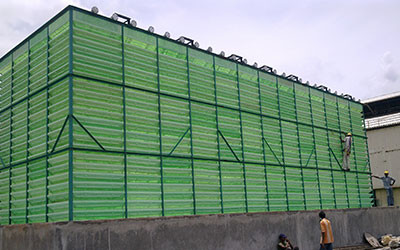 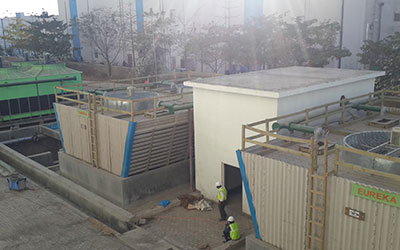 What is Cooling Tower ?

A cooling tower is a heat rejection device, which extracts waste heat to the atmosphere though the cooling of a water stream to a lower temperature. Common applications for cooling towers are providing cooled water for air-conditioning, manufacturing and electric power generation. The generic term "Cooling Tower" is used to describe both direct (open circuit) and indirect (closed circuit) heat rejection equipment.

A direct or open-circuit cooling tower is an enclosed structure with internal means to distribute the warm water fed to it over a labyrinth-like packing or "fill." The fill may consist of multiple, mainly vertical, wetted surfaces upon which a thin film of water spreads. An indirect, or closed circuit cooling tower involves no direct contact of the air and the fluid, usually water or a glycol mixture, being cooled. In a counter-flow cooling tower air travels upward through the fill or tube bundles, opposite to the downward motion of the water. In a cross-flow cooling tower air moves horizontally through the fill as the water moves downward. Cooling towers are also characterized by the means by which air is moved. Because evaporation consists of pure water, the concentration of dissolved minerals and other solids in circulating water will tend to increase unless some means of dissolved-solids control, such as blow-down, is provided. Some water is also lost by droplets being carried out with the exhaust air (drift). Cooling towers are a very important part of many Process plants.

They represent a relatively inexpensive and dependable means of removing low grade heat from cooling water. The make-up water source is used to replenish water lost to evaporation. Hot water from heat exchangers is sent to the cooling tower. The water exits the cooling tower and is sent back to the exchangers or to other units for further cooling.

We committed to helping you maintain your Brand Value.